The Elton John Experience and Band 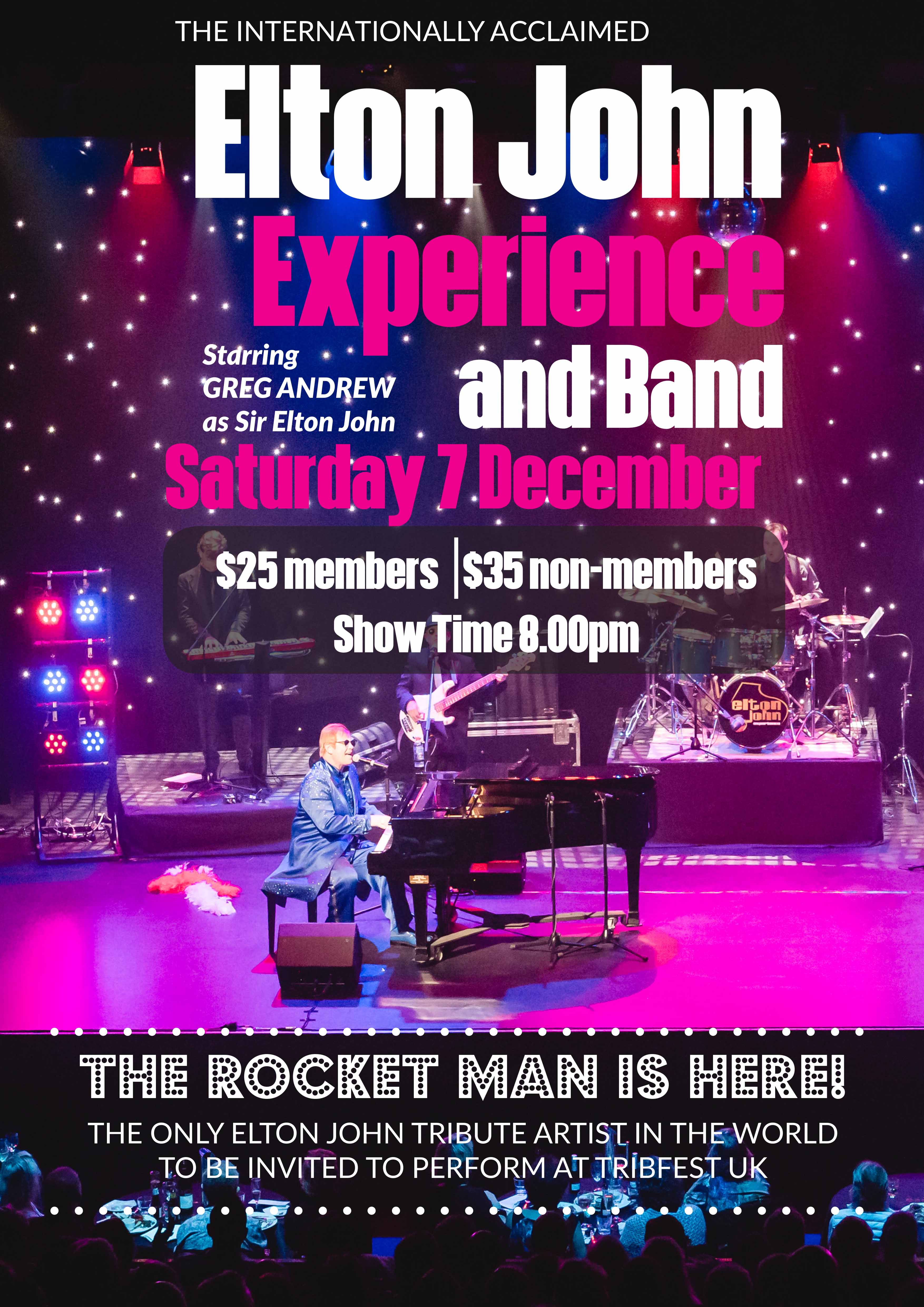 This 2 hour show highlights the biggest and greatest hits of one of the world & 39 of the greatest song-writing partnerships of all time, between Elton John and Bernie Taupin. Covering iconic hits such as I’m Still Standing, Goodbye Yellow Brick Road, Candle in The Wind, Your Song, Rocket Man, Crocodile Rock, the show is hit after hit after hit! Also there is a piano medley of songs Greg performs solo where select tracks from musicals such as The Lion King and other select album tracks, leaves the audience with amazement…..even the elton fanatics!

With Sir Elton retiring from touring and the release of the Paramount Pictures Official Hollywood Bio/Pic “Rocket Man” is May 2019, the Elton John Experience is set to continue the legacy for the world-wide audience of one of the greatest showman and performers and song writers of all time – Sir Elton John. This production replicates as closely as possible the experience of an Elton John concert today, highlighting the showmanship, virtuosic piano playing and crowd engagement that you would expect from this iconic performer, with 7 world class musicians on stage.